On 30th December, the Alcedo was officially named in the presence of family members and skippers Jamie Clark & Scott Bremner. The Alcedo had been launched and fishing successfully since Summer 2020 in tradition we named her before the year was out. In normal times launching and naming a new vessel would be a huge celebration in our town, but unfortunately due to the current climate we couldn’t do this. None the less, it was a special moment when Jackie King; wife of John King, named the ship and cracked the bottle of Champagne over the bow followed by a toast on the harbour wall. 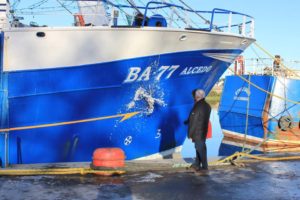 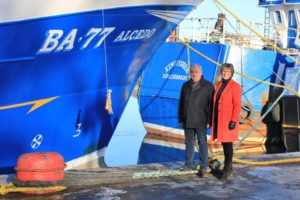 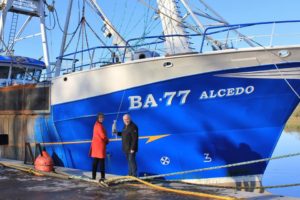 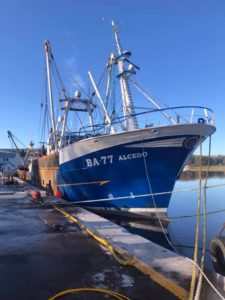 April 27, 2021 / 1188
We are very happy to announce our new local fish van service for Dumfries and Galloway. We have launched this new service in an effort... Continue reading 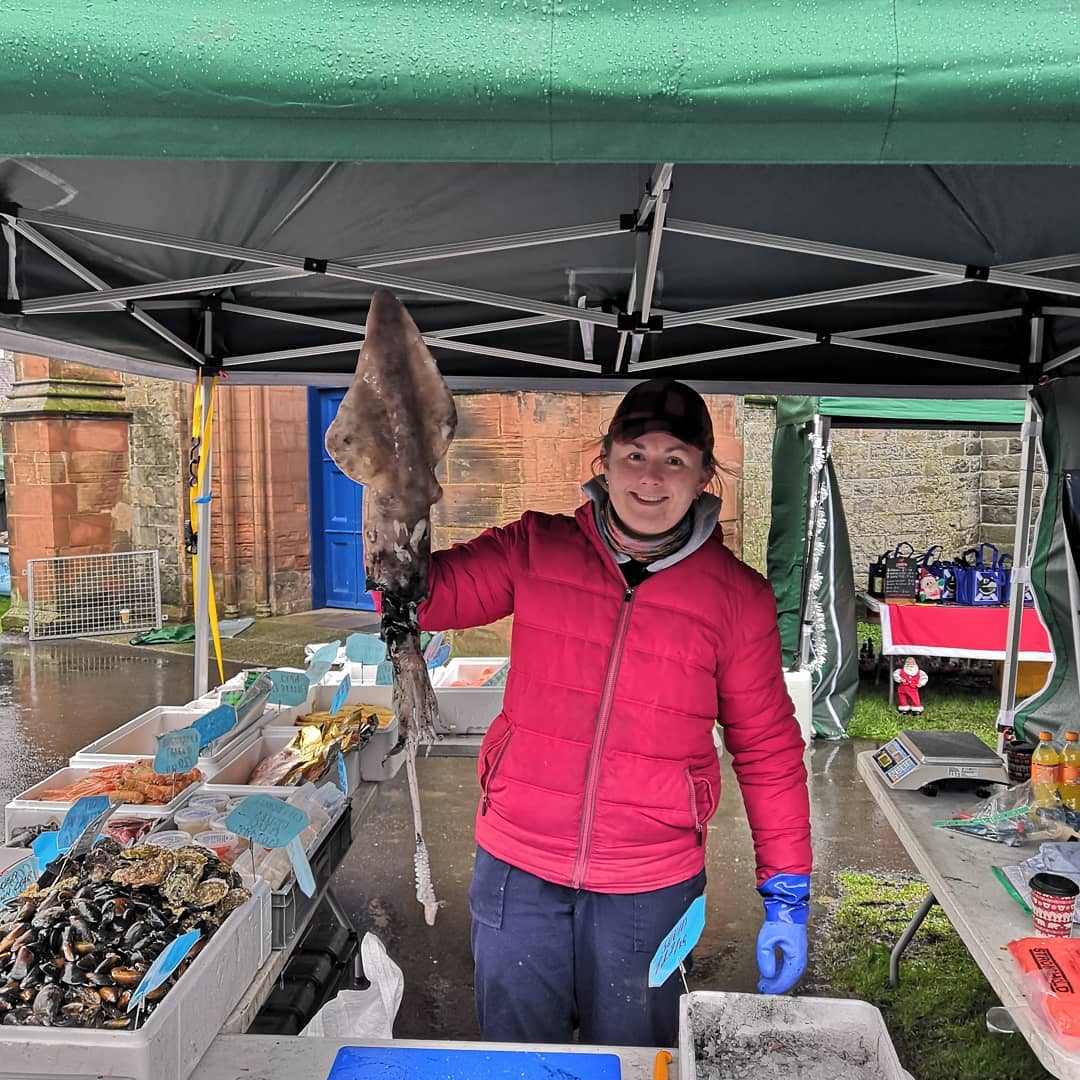 April 27, 2021 Comments Off on Local Service Launched in Dumfries and Galloway!

January 4, 2021 Comments Off on Naming the Alcedo